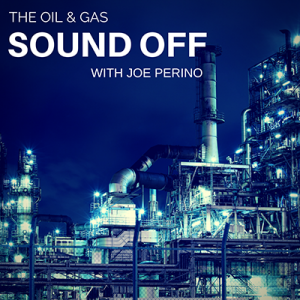 In this episode of the Oil and Gas Sound Off Podcast, Joe Perino discusses the current state of low oil prices.

While oil prices have rebounded significantly off of their recent lows of around $27 a barrel, it is worth investigating how we got here and where things are headed.

Joe takes a good fundamental look at the supply and demand balance and offers his thoughts on where things are headed for the rest of 2016 and into 2017.

In this podcast, Joe explores the low oil price situation, and answers the questions:

We hope you are enjoying the expertise and insight that Joe brings to our audience, and be sure to drop any comments, questions or feedback into the comment section below.

Of course, our Oil 101 members can also reach out in the discussion forums.

Listen to the Sound Off Oil and Gas Podcast below: 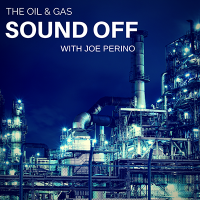 Hello, I’m Joe Perino, and welcome to Sound Off. This oil and gas podcast is part of the EKT interactive learning network, and is brought to you by Oil 101, a free 10-part introduction to the oil and gas industry.

In this podcast, I want to explore the low oil price situation, and answer the questions:

Well, the oil price decline started in late 2014 in the fourth quarter and slid all the way through 2015, dipping under $30 a barrel earlier this year, and I’m now speaking in June of 2016. I believe it bottomed out around $27 a barrel.

Since then, it has rebounded significantly, even topping $50 a barrel just the other day. Now it’s slipped back into the high 40s.

Global demand is up approximately 1.8% per year versus a previous growth rate of 1.4%. Supply grew about 2.2%, and now is approximately 97.2 million barrels per day.

That leaves consumption at a little over 95 million barrels per day. Our current oversupply of crude is about 1 1/2 to 2 million barrels a day, and it should be noted that traditionally, once the surplus is down around 1 million barrels a day or less, the pricing situation gets very tight and you’ll see we’ve typically seen that oil price rebound sometimes very quickly.

Now, what’s going to balance this out.

First of all, there’s a natural decline rate from existing fields, and these estimates vary from 2% to 4% to 6% per year. Now, let’s just say that it’s 4% on average, that means we’d be losing about 3.8 million barrels a day at the current 95 million a barrel per day production rate.

This is also offset by investment in walkovers, in artificial lift, in enhanced level recovery and probably about 2 1/2% of that 4% is offset. We are going to still see a decline of 1 to 2 million barrels per day due to the natural decline rate of wells. A second factor that is working in behalf or in favor of higher oil prices, is that the big bulge in inventories in tankage, and in ships offshore, has started to drop. That is moving a long now, and we see a trend now for the last 2 or 3 months.

Both the EIA or Energy Information Agency and OPEC predict that oil markets will start to balance somewhere between the end of 2016 and mid 2017. That of course is depending on current events and with not foreseeing any supply disruptions, wars or anything else that might cause a sudden change in the oil price. Now, there’s some other interesting facts that bear on oil prices. For example, US gasoline demand has peaked and reached its previous 2006 top here in 2016. We are experiencing a very strong summer demand for gasoline.

Also, US E&P companies have some 7500 ducs, D-U-Cs that is, or drilled but uncompleted wells in inventory. Many of which would take weeks to a few months to complete and bring onto production, and even so, some rigs have gone back to work in West Texas as oil prices have reached around $50 a barrel. Those suppliers or those producers are the ones that had very low prices in the every most attractive areas of the Permian Basin.

Working against them is that capital and head count are still declining. We’ve had some 20,000 to 30,000 lay offs here just in Huston alone, not to mention the lay offs in the field, mostly from oil fields services companies and suppliers. Most people think we need $60 to $70 a barrel oil to get back to normalcy, which would mean a reasonable amount of capital expenditure, rehiring, and most of the shale and tight oil business coming back online.

Now, prognosticators are all over the map predicting, some predicting weaker oil prices and going back down to the 20s, and others are already taking out hedges at $100 a barrel or even or even more.

What does Joe think?

Well, prognosticators are rarely correct and are usually off by sometimes wide margins. I think that, number one, the rebound will be slow with continued volatility barring major disruptions. Secondly, Russia and Saudi Arabia won’t agree on production limits, but that won’t matter, because neither will Iran nor Iraq, and some others such as Venezuela, Ecuador, and other producers.

Some of which are also as we said the Nigeria and Libya are struggling just to get their output back to what they had. Third, I believe that prices would probably slip back as much as $10 a barrel when the summer gasoline demand wings. That would mean a drop back to around 40, but then rebounding earlier in the year, in the spring and into the summer as the re-balancing finally takes hold.

I also believe that US oil production will rise back above 9 million barrels a day in 2017 as the best and most attractive low cost wells are brought back online. I don’t know if we’ll reach the previous record of between 9.4 and 9.5, but certainly we are going to do better than where we are now.

Then finally my oil price prediction for late 2017 is an easy one.

I think we’ll be in the 60s by that time, and all of this is because I think we now see the path forward, again barring any disruptions. We know where inventories are going, we know who’s adding production in terms of deep water coming on, Iran, Iraq. We know that Russia and Saudi Arabia, really aren’t going to aggravate the problem any further, because they need to find a way to increase their revenues and increase in oil production isn’t going to do it for them.

As always, if you have a comment or question, we’d like to hear from you. Thank you for listening to this oil and gas podcast.