Before diving into this week’s content, we’d like to remind you to join our Energized LinkedIn Group. We will be releasing frequent news and snippets of Energized newsletters through the group. We hope to see you there. Also, if you haven’t already, visit our website to gain access to our free Oil 101 introductory course, our popular series of mobile-ready videos describing “How the industry works.” Ready for more? Check out our in-depth Oil 201 course which covers exploration, drilling, production, well completions, and refining. If your company or group is interested in Oil 101, let’s talk. We license our courses for use as internal training for sales, IT and operations teams. Think you know someone who would enjoy this newsletter? Pass it on! They can subscribe and access our Energized archives.

I’m not a superstitious guy but I couldn’t help but notice that US crude futures turned negative the very day of the 10th anniversary of the Deepwater Horizon oil spill.

+ Why is the oil price negative and can you buy some? An explainer – Vice Motherboard

EKT Interactive’s very own Vice President, Doug Stetzer, sat down with Vice Motherboard to discuss why oil prices turned negative and the process for getting paid to buy oil. It’s not as easy as you may think.

The short answer is it all has to do with storage (see Energized #52).

Doug does a good job discussing the difference between the futures market and the spot market.

“As much as we talk about commodities as a number or an imaginary contract, there’s a physical aspect to it,” Doug Stetzer, vice president of EKT Interactive, a company that trains people going into the oil industry about how it works, told Motherboard. “If you own a contract of crude oil, when it executes, technically, you have to take delivery of the physical crude oil.”

It’s a great article that explains why a futures market would collapse as it has, and the simple fact that storing oil isn’t as easy as it sounds. From a logistical and regulatory standpoint, transporting and storing crude requires a lot of time, the right permits, and the right safety process.

Doug did a superb job in his interview with Vice so I encourage all of you to check out the article and share it with your personal and professional networks so they too will have a better idea of what’s going on.

If you want to get a bit of commentary as to what was happening just before this unprecedented event, be sure to listen to the episode of the CRG podcast released just a few days ago where they pretty much called a price collapse, but even then probably not to this extreme extent.

“This morning I appeared on Fox Business, where I explained how a market mechanism unique to our industry led to a dramatic slide in oil futures yesterday. In an interview with Maria Bartiromo, I stressed that a “historic demand drop” continues to drive this crisis, described ongoing challenges related to storage, and reiterated our confidence that natural gas and oil “can rebound once we get through the coronavirus.”
-Mike Sommers, President, and CEO, API
Mike thinks that oil demand has dropped from 100 million bpd at the start of the year to 80 million bpd in April.
Sommers thinks that the long-term strength of oil and natural gas remains high, but times will be beyond tough as long as the economy is slowed down from the coronavirus.

Remembering Deepwater Horizon: why it happened, where we’ve come since then

“On 20 April 2010, while drilling at the Macondo Prospect a blowout caused an explosion on the rig that killed 11 crewmen and ignited a fireball visible from 40 miles away. The fire was inextinguishable and, two days later, on 22 April, the Horizon sank, leaving the well gushing at the seabed and causing the largest marine oil spill in history.”

Deepwater Horizon was the deepest offshore oil drilling rig of its time, at a vertical depth of 35,050 feet and measured depth of 35,055 feet.

In this episode of Sound Off, Joe Perino gives some background on how the BP Macondo / Deepwater Horizon incident in the Gulf of Mexico led to the current trends in offshore drilling safety.

Joe gets into what caused the Deepwater Horizon systems to fail as well as the government response to changes in oversight and regulation of offshore drilling.

As Joe mentions, this included a swift shake-up of which government bodies oversee this part of oil and gas operations.

“The best technical description of what happened. Many small human errors combined to create the conditions for this tragic accident.”

Great animation of just how tragic the system failures were for Deepwater Horizon.

+ Where did the Deepwater Horizon oil go? -National Science Foundation

“The location of 2 million barrels of oil thought to be trapped in the deep ocean has remained a mystery. Until now.”

+ Ten Years After Deepwater Horizon, U.S. is still vulnerable to catastrophic spills – The New York Times
“Now, a decade later, all seven members of the bipartisan national commission set up to find the roots of the disaster and prevent a repeat said many of their recommendations were never taken seriously. As drilling moves farther offshore and deeper underwater, they said, another spill of equally disastrous proportions is possible.”

+ Renewables overtake coal-fired power generation for first time – Mining.com
As noted in Energized #39, coal-supplied power generation fell the most on record in 2019 and 50% for the decade. This trend is happening alongside a slight rise in natural gas and a substantial rise in renewables, which have now collectively surpassed coal.

“Overall, fossil fuels dropped by 245 TWh, while renewables production rose by 119 TWh from 2018 to 2019. The largest increase for renewable technologies was wind, up by 12.8%, followed by solar, up 14.1%. Nuclear power generation grew slightly.”
+ Can U.S. coal-fired power plants survive the coronavirus pandemic? – The Motley Fool
“The EIA projects electricity generation from U.S. coal-fired power plants in 2020 will fall to 60-year lows.”
This article breaks down how the coal industry is suffering amidst a coronavirus-induced setback in industrial production. It also discusses a “worst-case” scenario for coal.

+ How fast can Texas regulators move to fix a shattered market – Journal of Petroleum Technology
Check out Energized #50 for a briefing on what the Texas Railroad Commission (TRC) does and why it matters.
Commissioner Ryan Sitton wants “every operator in Texas producing more than 1,000 B/D to reduce production by 20% from its peak level.”
This is the best article you’ll find on what Texas is trying to do to save jobs and companies. Federal loans and promises of reopening the economy are one thing, but it seems the best thing for Texas companies and the nation is to cut production. With the oil storage problem and prices as bad as they are, every day counts when it comes to getting resolutions passed as quickly as possible.

The TRC is considering instructing Texas drillers to cut production to boost oil prices. “The Railroad Commission hasn’t enforced such a requirement since the early 1970s.”

Any action has been delayed until May 5.
“Railroad Commissioner Ryan Sitton, who is finishing out his term on the panel after losing in the GOP primary this year, wants the commission to order a cut of 1 million barrels, as long as other producers around the world cut another 4 million barrels of oil.”

+ Valero reduces refinery throughputs, warns of project delays – Oil & Gas Journal
“Valero Energy Corp. said it has reduced crude oil processing activities and expects to delay previously anticipated capital expenditures planned in 2020 for its refining and ethanol segments amid reduced demand for finished petroleum products as a result of the coronavirus (COVID-19) outbreak.”
The article includes several of Valero’s planned investments for 2020 and how those are probably going to be delayed until further notice.
+ Caltex to shut Brisbane refinery – Oil & Gas Journal
“Caltex Australia will temporarily close its Lytton oil refinery in Brisbane next month due to plummeting profit margins caused by the COVID-19 crisis’ effect on world fuel demand.”
“Caltex said its refining margin at Lytton had virtually halved in the last 12 months. In 2019 its margin was $7.34/bbl. In January 2020 it had fallen to $5.78 with a further fall in February to $4.14/bbl.” 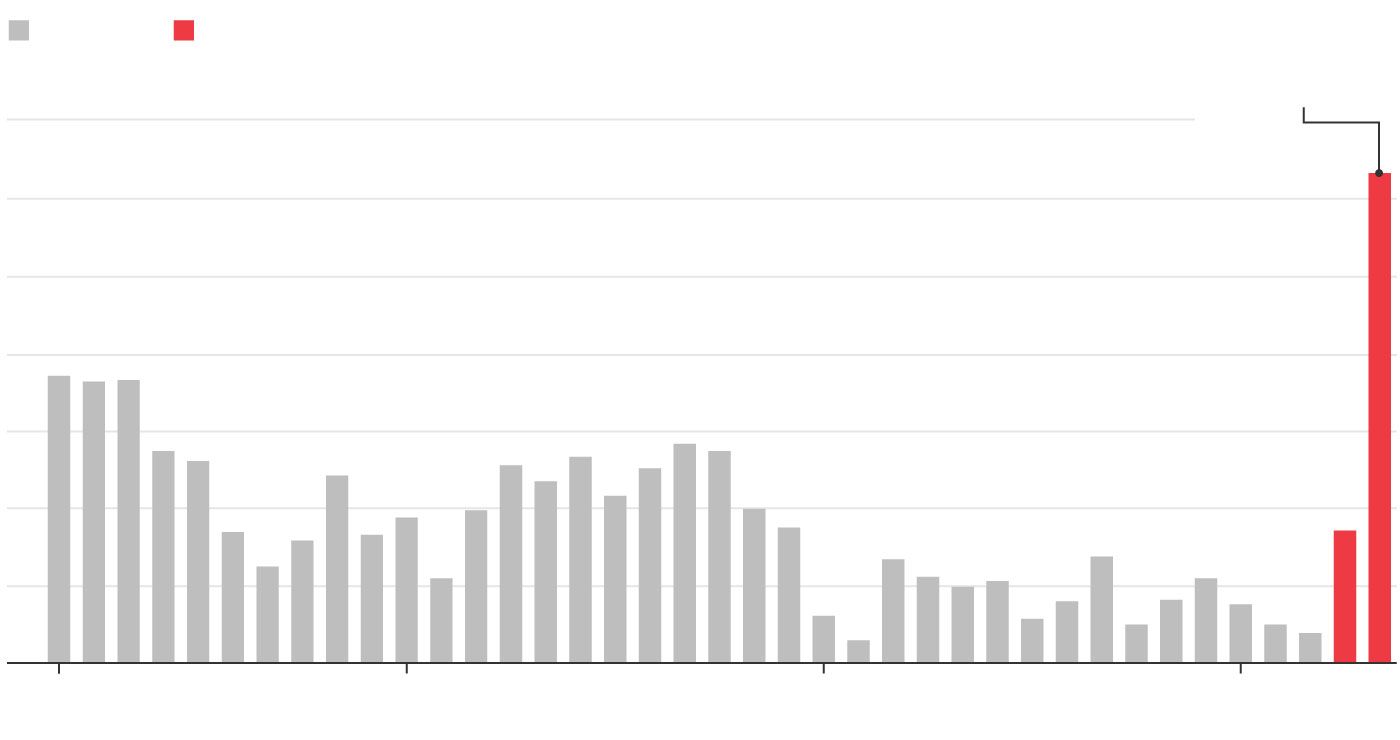 Image Source: Vortexa
“The Saudi crude, about seven times as much as the Gulf Coast took from the country in a typical month last year, will fill rapidly dwindling places to store oil, depress already low prices in key shale regions and increase pressure on drillers from Texas to North Dakota to shut off their wells.”
“”This is the American energy producers’ Pearl Harbor. We know the ships are coming in, and yet nobody is doing anything about it,” said Kirk Edwards, president of West Texas oil company Latigo Petroleum LLC. “Every barrel they’re bringing in on those ships backs out a barrel of oil produced here in the Permian Basin.””