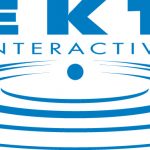 Short-term Hangover, Long-term Optimism in Marcellus Shale Even with a more somber mood due to persistently low gas prices, activity over the course of the summer in the Marcellus Shale is a testament to the long-term nature of investment the boom in shale gas production is having on this region.  The frenzy that led to […]

We are happy to announce that our website upgrade is complete! EKT stands for Energy Knowledge Transfer and that is what we are passionate about – facilitating the transfer of oil & gas industry knowledge from one generation of operators to the next.  The new EKTInteractive.com highlights our capability to design and facilitate customized large-scale […]

Doing business with Range, The Upside of Downstream, The Future of Shell in Beaver County, and an Update from PA DEP   EKT Interactive NE representatives attended the Energy Inc conference at the David L. Lawrence Convention Center in downtown Pittsburgh on August 14th.  The conference consisted of several very informative panel discussions followed by […]

STEPS of PA, Meeting Minutes Clarion, PA July 25, 2012 EKT Interactive attended the bi-monthly meeting of the STEPS of PA group on July 25th. All 7 of the speaker note files are now posted on the new web site www.stepsofpa.com that EKTi set up and maintains as part of our involvement in the Marcellus shale […]

Due to the success of our prior courses and the positive feedback from students, our Industry Overview series of courses in conjunction with The EIC’s Houston office has been expanded.  These courses are designed for newcomers to the industry, people from technical, non-technical and commercial backgrounds who wish to improve their familiarity with basics of […]

It is an honor to be invited once again to be a speaker at this years SPE Gulf Coast Oil Patch Orientation.  Topics covered include opportunities for new hires in oil and gas, especially in North America, thanks to the success of unconventional upstream game-changing technologies. The orientation will be held on May 9 – May […]